Rites Undone is a short documentary tracing the journey of Nigerian victims of sex-trafficking in Italy. 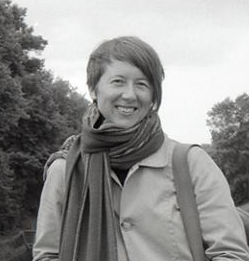 During June and July 2019, the Hidden Persuaders group invited political philosopher Lisa Guenther to lead a series of events on the topic of incarceration. A podcast of her keynote lecture ‘No Prisons on Stolen Land: Prison Abolition and Decolonization as Interconnected Struggles’ is now online.

This conference aims to contribute to the debate on the universality and cross-cultural applications of the notions of mental health and illness by exploring the historical origins and development of the notion of ‘global psyche’ and transcultural psychiatry.

In this second essay of a two-part series, philosopher Lisa Guenther explores what a meaningful memorial might be for the Prison for Women in Kingston, Ontario – a former site of prisoner abuse and psychiatric experimentation on vulnerable women.

In the first of a two-part series, philosopher Lisa Guenther introduces the Prison for Women in Kingston, Ontario. As the former home of hundreds of incarcerated Canadian women, it was a site of unethical human experiments and other forms of prisoner abuse.

To what extent did the events of the Cold War alter the methods, aims and spaces of interrogation? How might this history intersect with developments in the ‘psy’ sciences? In July 2016, the Hidden Persuaders project hosted a workshop on these questions.

We interviewed cognitive neuropsychologist Tim Shallice about the ‘Five Techniques’ of enhanced interrogation used by British agents in Northern Ireland during The Troubles, and their association with scientific research on sensory deprivation.