Filmmaker Lily Ford on the experience of making the documentary ‘Chasing the Revolution: Marie Langer, Psychoanalysis and Society’.

I first encountered Marie Langer’s energy and charm when I looked up her appearance on a 1970s Mexican TV debate. In a debate already remarkable for its heated arguments between prominent anti-psychiatrists, Langer sits at the margin of the screen, edged out by seven male speakers (not to mention a male nude statue prominently visible in the background). Arguments are posed, contentions asserted in Italian, English, German and Spanish, as the panellists listen to the translations via headsets. The only other woman to appear on screen is the assistant, who replenishes the cognac and coffee. Langer smokes, sips, smokes some more and scribbles notes. She is given some opportunities to speak, but in general, the anchorman steers clear of her – perhaps thrown by her accent, a beautiful Austrian-inflected Argentine Spanish. The debate goes on for hours, enough to fill three programmes, but, still, Langer manages to have the last word. ‘How to avoid madness?’, asks the anchor. ‘Have something to fight for!’, she blurts out.

Langer was not short of causes to fight for, having signed up to the Communist Party at an early age. But her engagement with politics was fight and flight. We can trace some of the great shifts of twentieth century political migration by following Langer’s journeys – away from Franco’s Spain, from the Anschluss, and from the Argentine military dictatorship, finding peace at last in a place where, at the time, history was going her way: revolutionary Nicaragua.

Marie Langer’s path across the Atlantic in the 1930s was one taken by many European psychoanalysts. Langer went on, despite her incomplete training and a difficult time settling her family on the continent, to be a founder member of Argentina’s first psychoanalytical association, the APA. The psychoanalytic profession was flourishing in Argentina, and Langer’s connections across the continent with both fellow emigrés and local practitioners gave her, and the Argentinian psychoanalytic movement, an international profile. She was one of the first women in Latin America to write specifically about the psychoanalysis of women, in her 1952 book, Motherhood and Sexuality. As an immigrant, she originally opted to exercise her zeal for reform solely within the boundaries of her profession.

This changed in the late 1960s. Having obtained residency and recognition in Argentina, Langer surprised some by taking sides in the tumultuous political events of 1969, when the Cordobazo demonstration echoed the expressions of social protest that Argentinians had witnessed around the world a year earlier. She renewed her commitment to socialism, joining a protest movement at the 1969 International Psychoanalytic Congress and using her speech at the 1971 congress to argue that the practice of psychoanalysis can and should support social change. She is probably best known for her leading role in instigating a schism within the profession, as shortly after the congress she and twenty-two of her colleagues renounced their memberships to both the local and the international psychoanalytic associations. 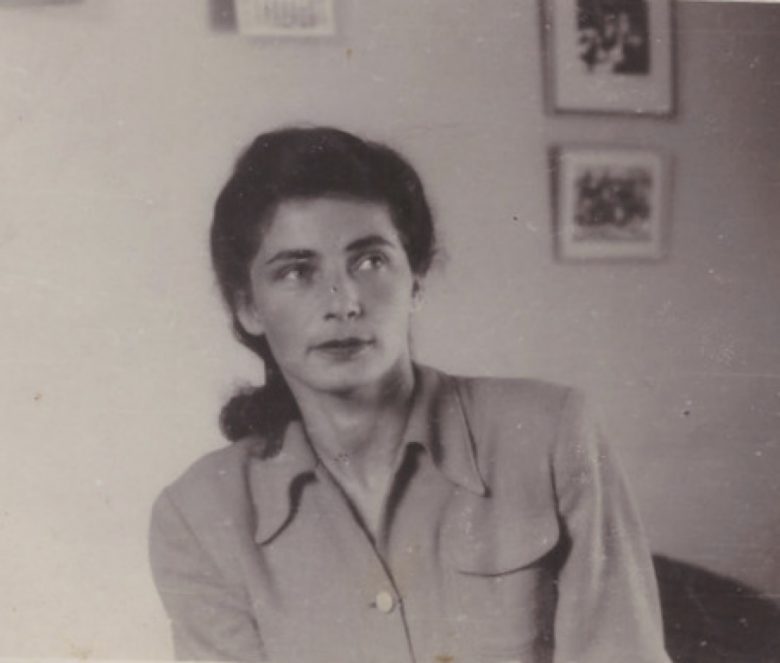 It is at this point in her life that Langer appears in my film, arguing for the social responsibility of psy professionals in the Mexican TV debate. The scraps we see and hear of her are determined by the limited audiovisual archival material. It would be a very different film had I managed to get hold of the dozens of cassettes of interviews she gave to the American historian Nancy Caro Hollander during her second exile in Mexico in the 1980s, and to her family, friends and colleagues, most of which have been lost. These were drawn on for biographical accounts of Langer’s life including an autobiography, although historians do warn that the latter contains a good dose of retrospective window dressing. It can be difficult to reconcile the rather different impressions of her that people have, as I discovered when I had the pleasure of hearing from relatives, analysts and historians from Argentina, Mexico and beyond, during the making of this film.

The pandemic necessity of the Zoom interview actually proved perfect for a film that was about gathering impressions. A friend watching an early version of the film remarked on the fortuitous matching of form and content, with there being a series of one-to-one conversations about the isolation of the consulting room, conversations that were themselves cut off from outside context. Context is everything, Langer said, as ‘without context we cannot understand anything’.[2] Arranging the conversations together as I have not only offers a new take on Langer, but also populates the film with different voices speaking from around the world. Whilst in the current situation, it may not be possible to talk things through in the same shared space, the film demonstrates that it is nonetheless still possible to accommodate a plurality of voices on a single subject.

Argentina was Langer’s true home, but unlike many who had to leave in the 1970s, her achievements are only now being recognised as they should. Paradigm shifts in the ‘psy’ world meant that Langer’s brand of internationalist activism had been devalued, from the 1980s onwards. Subsequent generations of students training in Argentina, a country where psychoanalysis reigns supreme, tended to read little of the work of the local pioneers of the profession.

Yet, from speaking to historians and analysts today, it is clear that Langer’s spirited defence of a more socially engaged psychoanalysis remains a relevant and important critique. The recent donation of a large digital archive of Langer’s papers and photographs to Argentina’s National Library will further serve to stimulate new interest in Langer’s life and work. Her life was not an uncomplicated one, and she said and did things that feminists and left-wing activists questioned then, and question now. But in telling her story, this film offers Langer and her work a platform, which reminds us of the kind of bravery and sheer mental work required to tackle totalitarian impulses head on.

Chasing the Revolution: Marie Langer, Psychoanalysis and Society (55 mins) is freely available to watch on the Hidden Persuaders website, in English and Spanish.

The film will screen with accompanying discussions on the following dates:

May 28th 2021, Birkbeck Institute for the Moving Image. Link to follow.

[2] From a lecture Langer gave in Monterrey, Mexico, in 1974, available on archive.org