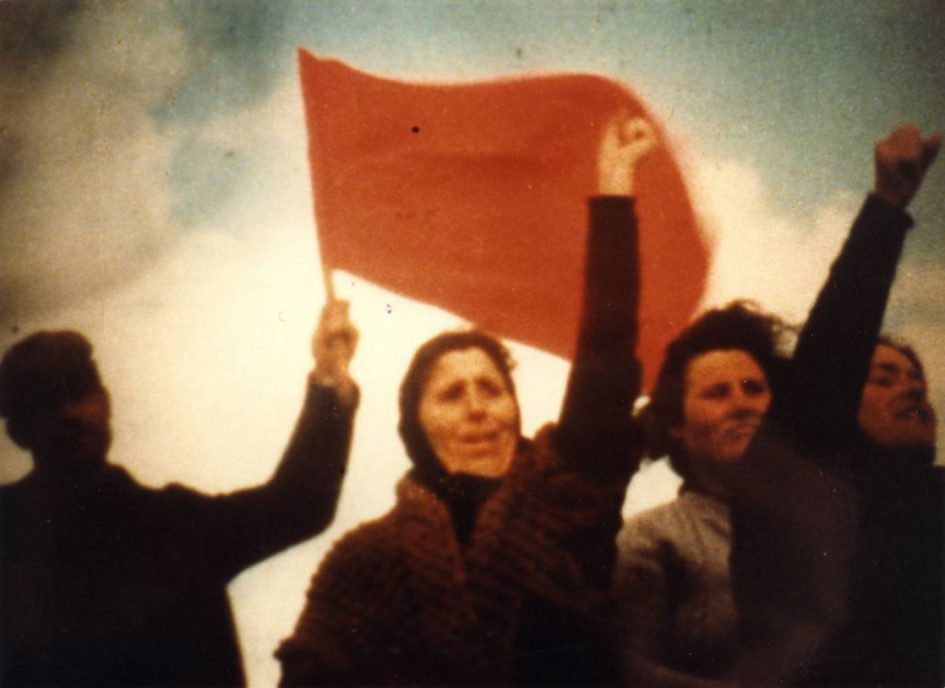 Reflecting on the Carnation Revolution’s filmic production, Portuguese filmmaker Alberto Seixas Santos often criticised the inability of most directors working during the revolutionary period to acknowledge that the camera registered only a second-hand reality.  He has been described as a figure opposing the unresolved tension between being immersed in an ongoing and chance succession of events and being able to impose a structure on those events.

This programme explores how the filmmaker’s creations are a response to the need of establishing a distance. It includes two films focusing on the Carnation Revolution and the two-year period following the coup (1974-76), known as PREC (ongoing revolutionary process).

You will find descriptions of the films below. Please use the links to book your place for the event.

Grupo Zero was one of the many film co-operatives founded right after the Portuguese Carnation Revolution, in 1974. The Law of the Land, one of the few productions by the group, follows the story of Land Reform in southern Portugal. In addition to footage originating from old newsreels or other documentary films depicting the region and political aspects of the revolution, The Law of the Land includes original footage and several interviews to peasants who talk about the land seizure, the creation of cooperatives, the hard living conditions before the revolution, and the hopes cherished after it.

Having one of the most important events in the revolutionary process as its subject-matter, the film addresses broader issues in an essayistic, didactic and self-reflective way, such as political emancipation and literacy, the links between them, and the larger process of land seizure, responding to the militant cinema’s urge to engage with the revolution, while at the same time voicing it.

In 1982, late Portuguese filmmaker Alberto Seixas Santos created Gestures & Fragments, which revisits the revolution when it was already part of history. Subtitled “an essay on the Military and the Power”, it builds upon a conception of cinema as a system of mediations, bringing together three key participants in the revolution: filmmaker Robert Kramer, military officer Otelo Saraiva de Carvalho, professor and theorist Eduardo Lourenço. By weaving three different voices, the film addresses the power struggles at stake, the connection between past and present, the relationship between history and collective memory.