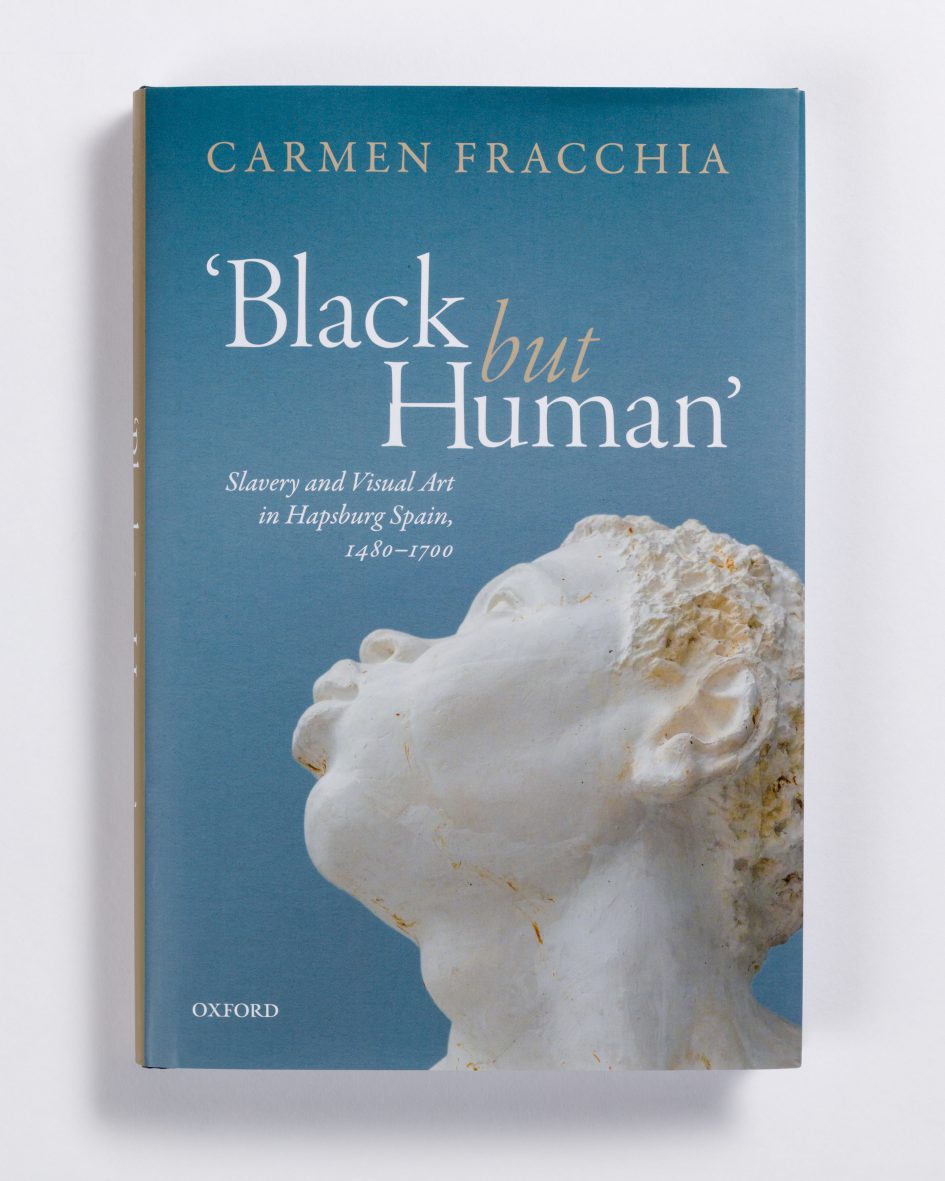 In this book launch, Birkbeck scholar Mpalive Msiska will interview Dr. Carmen Fracchia, from the Department of Cultures and Languages, about her new book ‘Black but Human’: Slavery and Visual Arts in Hapsburg Spain, 1480-1700 (OUP, 2019). This will be followed by a brief conversation between the author and the visual artist Victoria Burgher, who will give a short presentation of her work.

Carmen Fracchia is a Paraguayan academic trained originally in Italian and Spanish Art History at the Universities of Siena and University College London. She is a Reader in Hispanic Art History at Birkbeck. Her work focuses on the visual articulations of Hispanic intellectual, political, and religious thought about local Spanish and transatlantic slavery, freedom, subjectivity, race, and hybridity, with special emphasis to the visual representations of Africans and Afro-Hispanic enslaved and liberated people, such as Juan de Pareja (Antequera, c.1610-Madrid, c.1670).

Mpalive Msiska is a Malawian academic who is a Reader in English and Humanities at Birkbeck where he teaches courses and supervises research work on Post-colonial and Global literatures as well as interdisciplinary subjects.  He has previously taught at Bath Spa University and the University of Malawi, among others.  His publications include Post-Colonial Identity in Wole Soyinka (2007), Wole Soyinka 1998, Writing and Africa (1997) and The Quiet Chameleon:  A Study of Poetry from Central Africa (1992) and the most recent chapter ‘Divine Ways of Cognition: the Burden of the Poet-Seer in Soyinka’s Idanre,’ in The Soyinka Impulse, eds Duro Oni and Bisi Adigun.  He is a member of the Caine Prize Advisory Board, the Council of the British Institute in Eastern Africa as well as the Editorial Board of the Journal of Southern African Studies.

Victoria Burgher is a multi-disciplinary artist who lives and works in East London. She studied at Goldsmiths College (MA) and her politically engaged practice ranges from sculptural installations and site-specific interventions to collaborative community projects. She is interested in art’s ability to challenge histories and a fascination with materials and process inform her approach to making. Current work uses colonial commodities to decolonise the nostalgic narrative of Empire. She exhibits regularly in the UK and Europe.