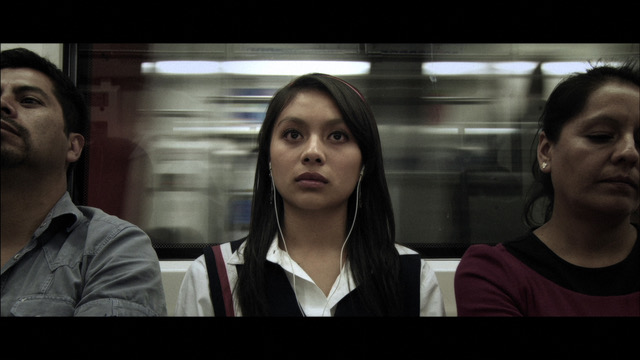 Mexican filmmaker Michel Lipkes has dedicated much of his professional life to programming, by means of which he has been able to participate in many festivals and institutions such as Cineteca Nacional, Guadalajara International Film Festival, and FICUNAM (former artistic director). He has also collaborated as a producer with Raya Martin, Manuela Laborde, Philippe Grandrieux, Lav Diaz, Omar Rodriguez-Lopez and Mara and Eugenio Polgovsky. His perhaps lesser-known filmography reveals an original talent that explores human solitude and yearning in a context of overwhelming urban alienation, in which relationships of power condition existential predicaments. His films convey a sense of cinema based on a variety of influences that go from Nicholas Ray to Robert Bresson and from Samuel Beckett to JG Ballard. These references enrich his fictionalised portrayals of a contemporary Mexican reality in which people are marginalised within a space that crushingly determines their fate.

Followed by a Q&A with Michel Lipkes

A boy lives with and takes care of an old man. One day, the old man dies, and the boy is left alone. As he wanders across a country field, he finds a piglet, and they become friends. He unsuccessfully tries to communicate with the animal until one day it disappears, and the boy is once again left alone.Director: Michel Lipkes

An old man roams Mexico City’s streets on the last day of his life. Memories burden him, guilt drives him as pain takes shape. He carries on until the very end, while life continues in its strange ways.

Followed by a Q&A with Michel Lipkes

Cyrille Henry Revueltas is a young musician, who after finishing school in Mexico City lived in Brussels and suffered many tribulations due to his alcohol addiction. Coming out of rehab in the city of Chihuahua, he decides to restart his life.

The love story between Jonathan and Yesi, two trash collectors who work under the authority of a despotic and violent crew leader.