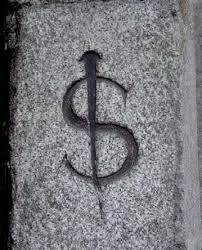 Room B04, Birkbeck, University of London, School of Arts,

This international workshop aims to contribute to the visibilization of enslaved and free peoples of Afro-Hispanic descent, by exploring their representation in the visual and literary regimes of early modern Spain and the New World, and to generate critical insights into the articulation of slave subjectivities.

This gathering, supported by CILAVS, the Centre of Iberian and Latin American Visual Studies at Birkbeck, University of London is organised by the Transatlantic Afro-Hispanic Study Group, that emerged from the international conference Border Subjects/ Global Hispanisms (Birkbeck, November 2017). The latter was the outcome of the institutional collaboration between the Department of Cultures and Languages at Birkbeck and the Department of Hispanic Languages and Literatures at the University of Pittsburgh. This collaboration has already produced our first publication entitled, Post/Colonialism and the Pursuit of Freedom in the Black Atlantic (Routledge, 2018, ed. J. Branche), the result of an international conference held at the University of Pittsburgh in 2015.

Francisco de Quevedo’s ‘Boda de negros,’ (in)famous for its conceptista artistry as much as for its anti-immigrant and anti-black virulence, acquires an important historico-existential dimension when considered in the broader context of (Hispano)-Christian religious symbology of the seventeenth century.  My paper proposes that the poem’s central trope of marital consummation, the performance of coitus by the black groom, simultaneously speaks to and reveals important additional registers of both sexual and racial dominance. On the one hand, the aromantic and bloody implications of bridal penetration sans affection figure as an early discursive projection of black brutality in Hispanic and western artistic discourse, as also do the poem’s references to cannibalism. On the other, the image of the nail (es/clavo), which he punningly deploys to also identify Tomé, the groom, partakes of the symbology of humiliation, servitude, and death (by crucifixion), that characterize Catholic traditions of mysticism, saintliness and self-negation.  My paper proposes that a reflection on the image of the S and the nail deployed here by the poet, ubiquitous in the popular and religious iconography of the time, beyond the symbolism of Christian devotion/abjection, also speaks volumes in relation to the enslaved, incoming Africans, and to the material and epistemic violence visited and potentially visited on their bodies under the aegis of conquest and enslavement.

More than two hundred women of African descent were prosecuted by the Inquisition of the Canary Islands between 1505 and 1834. Most cases involved accusations of witchcraft, or its lesser charge, sorcery. The accusations involved healing practices that the religious authorities considered unorthodox. The accusers could be priests as well as lay people who, in some cases, were coerced to testify against these women on the basis of their social reputation as healers outside the legal and professional channels. These women competed against the male practitioners of faculty medicine as well as against curanderos and saludadores, men and women who were authorized to use a mixture of empirical healing knowledge with religious prayers to obtain cures or remedies to the health of individuals or entire groups. This presentation explores the tensions created when Black women in the Canary Islands practiced medicine and magic healing while negotiating their social exclusion due to their gender and race.  The reputation some of these Black women gained broke boundaries of religious and social prohibition. The Inquisition moved against many of these Black women on charges both of heresy—use of religious objects and words without authorization—and professional impropriety—practicing medicine without proper faculty—a crime that clearly fell outside the jurisdiction of the Holy Office.

Portraits of infants alongside their black wet nurses and nannies were incorporated into the family albums of the wealthiest Peruvian and European immigrant families in Lima from the 1860s, coinciding with the immediate post-abolition period in Peru. Although the creole elite’s preference in employing wet nurses of African-descent is examined and contested in late 18th century discourses, their presence in Peruvian visual culture does not arise until the advent of photography, producing the first images to make visible a practice that dates from Peru’s colonial and slaveholding past. The duplicity of these portraits resides in the dissonance between the marginal or supposedly ‘invisible’ presence of the wet nurse, and their centrality in the formation of an elite identity. This tension ruptures the fantasy of masterly ownership and creole ‘whiteness’, with the wet nurse constituting a deeply ambivalent symbol of the socio-racial pedigree of the elite.

This paper addresses the ways in which visual artists articulate and problematize the hegemonic associations of the appearance of (a) blackness as the social condition of slavery and the appearance of (b) whiteness as the social condition of freedom in the visual form. It will also focus on the hegemonic idea of ‘whiteness’ as the exclusive referent of the concept of humanity and on ‘blackness’ as the referent of Afro-Hispanic counter-culture as articulated in anonymous poems written individually and collectively by enslaved and liberated Afro-Hispanic people in the Spanish black confraternities.

During the Bourbon Dynasty, slaves in Madrid could obtain their freedom through letters of emancipation, deeds of ransom (coartación), or by running away. This paper, based on the analysis of 344 documents from the beginning of the eighteenth century to the early 19th century, considers the different degrees and routes to freedom that slaves could aspire to in a European capital city.

This work analyzes the elements which defined artistic narratives and which allowed the spread of a visual culture of transatlantic slavery through the Hispanic world from the beginning of the seventeenth century. The Baroque created a set of archetypal images of Afro-Hispanic people, based either on their integration into, or their social exclusion from Hispanic societies. In this way, many groups congregated into ethnic brotherhoods where they found a space to protect themselves from external threats, based on solidarity which allowed their visible participation in the public space. This paper also analyzes a set of images which formed an iconography of slavery. In the artistic context, some slaves not only achieved their freedom but also developed a profession and a certain social recognition. Their presence is studied in the development of a first artistic historiography based on documentary evidence, which also reveals how a fictional discourse of Afro-Hispanic lives was generated in the centuries that followed.

JEROME BRANCHE is Professor of Latin American Literature and Cultural Studies in the Department of Hispanic Languages and Literatures, University of Pittsburgh. His teaching and his research focus on racialized modernity and the way creative writers across the Atlantic imagine and articulate slavery, freedom, the nation, being, and gender. He has served on the Executive Board of the Association for the Study of the Worldwide African Diaspora (ASWAD), and as chair of the Ethnicity, Race and Indigenous Peoples section of the Latin American Studies Association (LASA). He is currently also serving as the Secretary/Treasurer of the Instituto Internacional de Literatura Iberoamericana. At the Instituto he is editing a series of Afro-related narratives and critical works, in the Serie Malunga. Branche’s books to date include Colonialism and Race in Luso-Hispanic Literature (Missouri, 2006), and The Poetics and Politics of Diaspora: Transatlantic Musings (Routledge, 2014) along with several edited collections in the field, the most recent of which is Post/Colonialism and the Pursuit of Freedom in the Black Atlantic, (Routledge, 2018). His current book projects include a study on coloniality and necropolitics in its transhispanic register, and another on freedom narratives from the Caribbean, Latin America and Africa, before and after the attainment of Independence.

CARMEN FRACCHIA is Senior Lecturer of Early Modern Spanish Visual Studies in the Department of Cultures and Languages, Birkbeck University of London, UK. Her research interest is in Spanish ideas of human diversity, slavery, ethnic prejudice, intellectual and religious thought, and the ways in which Afro-Hispanic and Hispanic visual artists articulate subjectivity, slavery, freedom and hybridity. Her monograph ‘Black but Human’: Slavery and Visual Arts in Hapsburg Spain (1480-1700) by Oxford University Press is due by 2019. It explores the links between visual regimes and early modern Spanish and Colonial discourses on slavery and human diversity that are the historic roots of contemporary racism in the Hispanic world. Her research has received considerable international recognition through collaborative networks (Spain), teaching (Spain and the United States), papers, and, publications in Latin America, Europe, and the United States.

BALTASAR FRA-MOLINERO is the author of La imagen de los negros en el teatro del Siglo de Oro (Siglo XXI de España editores, 1995), and has written and taught about the representation of people of African descent in the Hispanic Atlantic. He has also been co-editor of volumes on Equatorial Guinean literature and culture. With his colleague Sue E. Houchins he is the author of Black Bride of Christ: Sor Teresa Chicaba, an African Nun in Eighteenth-century Spain, which is due to appear this fall (Vanderbilt University Press).

HELEN MELLING is a Visiting Fellow at the Institute of Latin American Studies, School of Advanced Study, at the University of London and is a specialist in late colonial and 19th century Peruvian visual culture. Her research explores Afro-Peruvian identity vis-à-vis national republican identity through visual representations of black subjects from the 1750s to the 1890s. She is currently working on a book manuscript based on her doctoral research, entitled Hidden in Plain Sight: Visualizing Black Subjects in Late Colonial and 19th Century Peru. She is also a contributor to The Image of the Black in Latin America and the Caribbean, a companion volume to The Image of the Black in Western Art, expected in 2019.