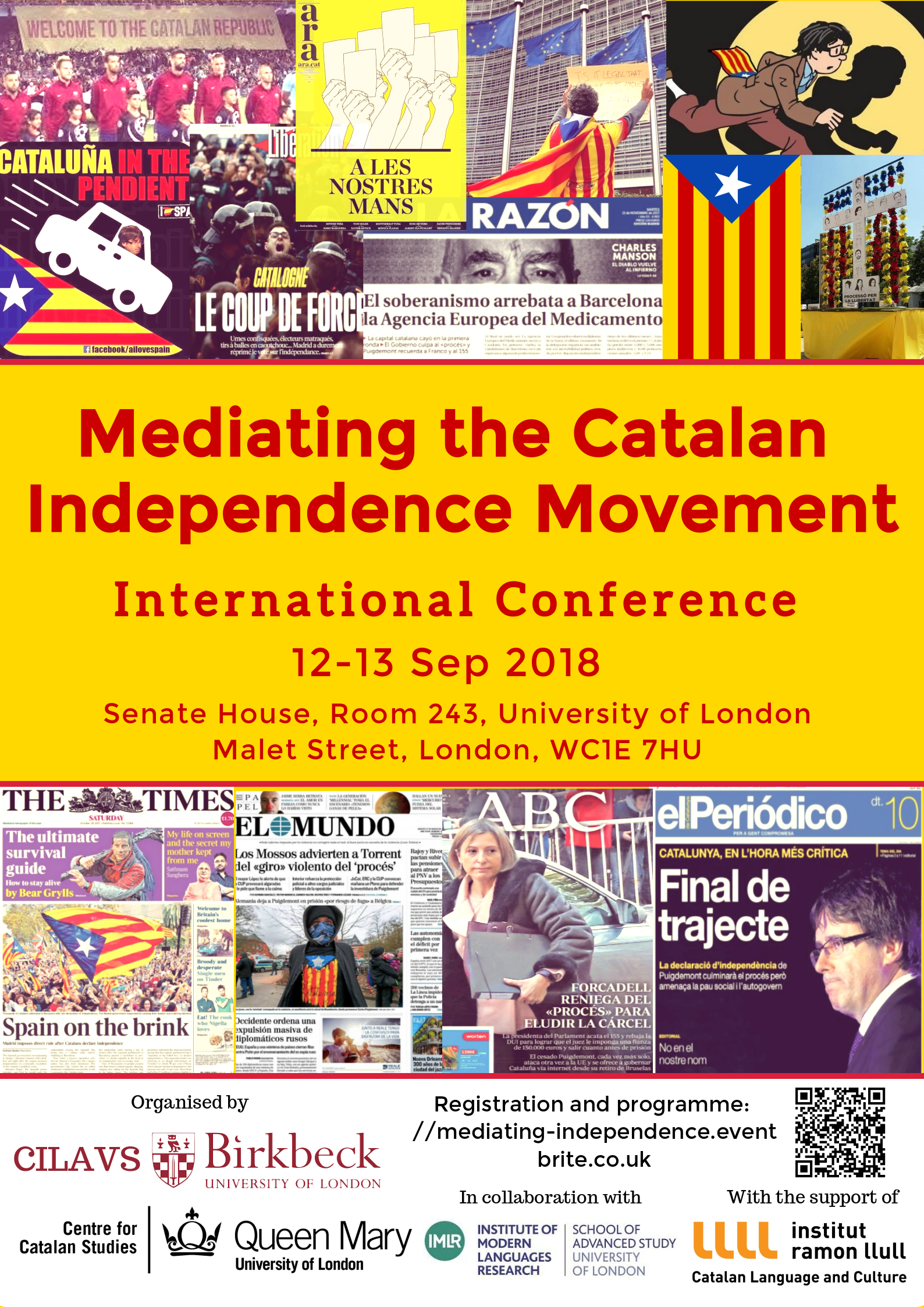 The ongoing conflict of Catalonia’s movement for independence from Spain has in the last few years captured the imagination of populations in the Spanish state and global audiences alike, polarizing opinion, eliciting passionate responses at home, and often puzzlement abroad.  Its saturating presence in Catalan and Spanish media is matched by frequent references in news bulletins all over the world. While the roots of the movement and the nature of the conflict are long-standing, its current form belongs to the digital age. Aware of the relentless exposure that social media and around-the-clock-media coverage allow, proponents as well as detractors, militant participants, political leaders as well as the general public have routinely used these platforms to shape and expand the reach and influence of their ideas and actions. Meanwhile, more traditional forms of exposure – writing, posters, flag waving, demonstrations – compete for public attention.

This conference seeks to reflect on the Catalan independence movement as a mediated one in the sense that it is settled (for the moment) by the very form (mediation) of its communication. We want to interrogate the roles different local, national, and state media (print and online press, radio, TV) have played in constructing ideas of the procés for their audiences. How have domestic issues shaped the ways in which the conflict has been portrayed for international audiences? How has the ubiquitous use of social media affected the power balance between grassroots movements, governments, and mainstream media? How have culture, art and the everyday intervened and been used to construct or deconstruct meaning?

Open to all but booking here required.