C A R N I V A L by STEVE McCAFFERY 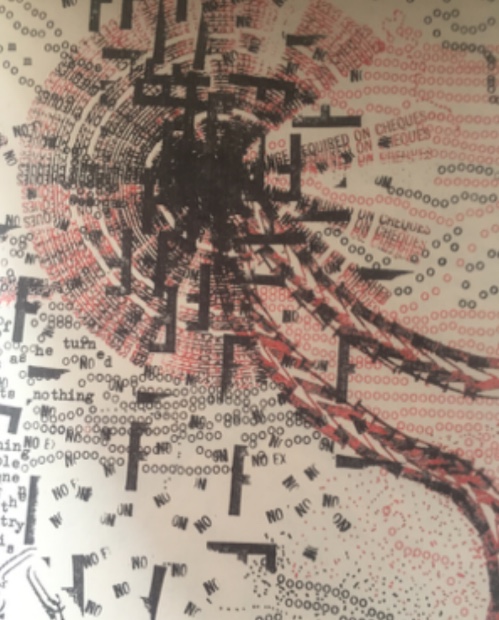 Please note: The lifts to this room are currently out of order. There is one flight of stairs to the room. Please contact Anthony Shepherd, email: aj.shepherd@bbk.ac.uk, tel: 020 3073 8374, if this will prevent you from coming and we will try to make alternative arrangements.

Speaker Biographies
Steve McCaffery was born in Sheffield in 1947. He has been twice nominated for Canada&#39;s
Governor General&#39;s Award and is twice recipient of the American Gertrude Stein Prize for
Innovative Writing. He is the author of over 40 books and chapbooks of poetry and
criticism and his work has been translated into more than a dozen languages. A founding
member of the sound poetry ensemble Four Horsemen, TRG (Toronto Research Group),
the College of Canadian ‘Pataphysics and a long time resident of Toronto, he is now David
Gray Professor of Poetry and Letters at the University at Buffalo.

Karen Mac Cormack is the author of many books of poetry, most recently RECHELESSE
PRATTICQUE (Chax Press, Tucson/Victoria, 2018). Other titles include AGAINST WHITE
(Veer Books, London, 2013), TALE LIGHT: New &amp; Selected Poems 1984-2009
(BookThug, Toronto, 2010) and Implexures (Chax Press, Tucson/West House Books,
Sheffield, 2008). Her poems have have been widely translated and have appeared in
several anthologies including Moving Borders, Out of Everywhere, Another Language, and
Prismatic Publics.
Barrie Tullett is Programme Leader for Graphic Design at the University of Lincoln, co-
founder of The Caseroom Press (an independent publisher of Artists&#39; Books), and is the
author of Typewriter Art: A Modern Anthology (Laurence King Publishing, 2014). His 30-
year long project, The Typographic Dante, is currently on show at the National Poetry
Library, Southbank Centre.

Greg Thomas is an independent researcher based in London. His research focuses on
concrete poetry, Scottish and English literary modernisms, and overlaps between literature
and the visual arts. His book, Border Blurs: Concrete Poetry in England and Scotland, is
forthcoming from Liverpool University Press (November, 2019). He has written articles
(recent and forthcoming) on Veronica Forrest-Thompson, Peter Manson and Dom
Sylvester Houédard among others. In 2018, Greg’s poem-booklet, Cloud Cover, was
published by Essence Press.
Rebecca Kosick is a Lecturer in the School of Modern Languages at the University of
Bristol and co-director of the Bristol Poetry Institute. Her research focuses on poetry&#39;s
relationship with the visual arts and other media, particularly in the Americas during the
20th century and contemporary periods. A poet and translator, Rebecca is currently part of
creative research project at the University of Bristol involving collaborative writing between
poets and mathematicians.

Bronac Ferran is a writer based in London. Her book, The Smell of Ink and Soil: The Story
of Edition Hansjörg Mayer, was published in 2017 (König Books, Cologne). She co-edited
‘The Experimental Generation’ double issue of the Interdisciplinary Science Reviews
Journal (Taylor &amp; Francis, 2017) with Elizabeth Fisher. She is pursuing a PhD at Birkbeck
about Mayer’s works of the 1960s. Since 2014, she has curated five exhibitions of
concrete and visual poetry in Cambridge, Glasgow and London.