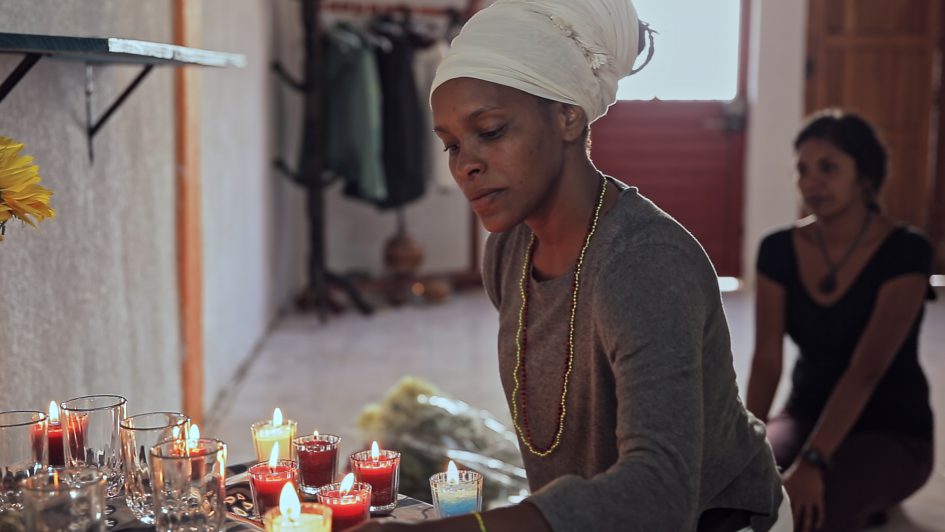 Film–screening and Q&A with documentary filmmaker Medhin Tewolde, whose internationally-acclaimed Negra explores what it means to inhabit Mexico as a black woman. In-person.

In her debut essay documentary film Negra, Medhin Tewolde explores what it means to inhabit Mexico as a black woman: ‘I was about seven years old the first time someone called me “black” on the street. I turned around to see who they were talking to, until I realized it was me. That day I understood I was black’. It tells the story of five afro-descendant women from southern Mexico, exposing racism, resistance and processes of self-acceptance, strategies for transcending stereotypes, and the celebration of their identity. The event includes the screening of the film and a Q&A with Medhin Tewolde Serrano and Raquel Villar-Pérez.

Medhin Tewolde Serrano is Mexican Eritrean, originally from Tamaulipas and resident in Chiapas (Mexico). She is a documentary film maker whose work is committed to making the contribution and experiences of Afro-descendants visible. Her debur feature film Negra has received international acclaim and has won numerous awards. Tewolde is currently working in two productions, the fiction short film Nyanga, and in documentary feature film Carabalí.

Raquel Villar-Pérez is a Spanish researcher, writer, and curator based in the UK whose practice focuses on de- and anti- colonial discourses in contemporary visual arts. She is the Aaron Sims PhD candidate at Birkbeck’s School of Art, where she investigates the practice of Afro-Mexican artists and how their work contributes to the disarticulation of the mestizo nation.

This event takes place in-person at Birkbeck’s School of Arts, as part of Arts Week 2022.  https://www.bbk.ac.uk/annual-events/arts-week/arts-week/arts-week-2022
Communication about this event will be sent from messenger@bbk.ac.uk. Do check your Spam/Junk/Other inbox if you are looking for emails from this address.