Cultural Capitals: Globalization and the Role of Culture in the Contemporary City 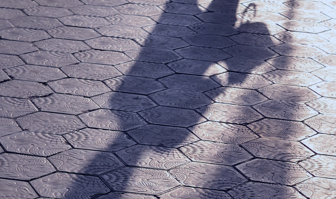 This half-day conference aims to bring together in conversation scholars and artists working across the boundaries of the humanities and the social sciences exploring the cultural aspects of urban life and the importance of culture nowadays in the make-up of so called post-industrial, creative cities. The occasion for the conference is the launch of the book: Mari Paz Balibrea. The Global Cultural Capital. Addressing the Citizen and Constructing the City in Barcelona. Basingstoke:Palgrave MacMillan

Attendance is free but booking is necessary. Please book here.

Fernando Sdrigotti (Birkbeck, U of London). The Politics of Space in New Argentine Cinema

In this paper, I will discuss the representation of Buenos Aires in Pizza, birra, faso, one of the most pivotal films of New Argentine Cinema. Paying attention to some of the film’s salient aspects vis-a-vis its portrayal of urban space, my analysis will have as its ultimate goal to reveal the ways in which the film engages in a political critique that might seem absent if studied solely from a narrative point of view. In this sense, Pizza, birra, faso is a paradigmatic example of the ways in which many of the films of New Argentine Cinema engaged with their political context differently to films of the post-dictatorship generation. To unearth this political content, I will argue, it is necessary to study these films as films, and not merely as texts
Luis Manuel García (U. of Birmingham). At home, I’m a tourist: Musical migration and affective citizenship in Berlin
This presentation explores the ways in which musical, sonic, and more broadly sensory experiences of Berlin provide the ground for an ambivalent sense of civic belonging for a cadre of migrants affiliated with the city’s local electronic dance music scenes. Drawn from ethnographic fieldwork, the accounts of these ‘techno migrants’ articulate an identification with Berlin’s local music scenes as well as with other emotional/felt aspects of the city. These affective identifications provide a means of sustaining a fantasy of belonging to a place where one remains foreign, relying on immersion in and identification with the city’s atmospheres to hold in abeyance the alienating aspects of migration.
PANEL 2: 4pm – 5:45 pm

Xavier Ribas (U. of Brighton). Photography and Urban Peripheries.

This presentation will discuss three photographic series by Ribas focusing on Barcelona’s peripheries.
Marc Morell (U. of Illes Balears). Urban Labour and the Tourist City. Notes from Ciutat de Mallorca
This talk deals with the production of the tourist city by drawing on the presence and activities of different class fractions that inhabit and visit the capital city of Mallorca and its nearby tourist resorts. By establishing the political and economic appropriations that are made of the representations developed upon these fractions, I look into the labour cooperation that makes tourist cities happen to conclude that the economic success of the competitive tourist city needs wide class gaps in between those fractions that work within a same chain of production value.

The author will be in conversation with Monica Degen, Brunel U.

FERNANDO SDRIGOTTI is a writer and cultural critic. His work in English and Spanish has appeared widely online and in print. He is the founder and editor-in-chief of the online literary journalMinor Literature[s] and online editor of the Journal of Latin American Cultural Studies. He holds a PhD in Latin American Studies from Birkbeck, University of London, where he now teaches Spanish.

XAVIER RIBAS is a photographer, lecturer at the University of Brighton, and associate lecturer at the Universitat Politècnica de València. His photographic work investigates contested sites and histories, and geographies of abandonment. Ribas has been involved in many international exhibitions including the Museu d’Art Contemporani de Barcelona (MACBA), the Museo Nacional Centro de Arte Reina Sofía (MNCARS) and the Stedelijk Museum.

MARC MORELL is a social anthropologist, also trained in history and tourism policy, who is mainly working on the class character of the production of space in market society. To date, he has conducted fieldwork in Catalonia, Majorca and Malta and he has been employed as researcher and lecturer at the Universitat de les Illes Balears. His most recent publications in English are: The Making of Heritage (co-editor, Routledge, 2015), «When space draws the line on class» (in Anthropologies of Class, Cambridge University Press, 2015), and «Working class heritage without the working class» (in Heritage, Labour and the Working Classes, Routledge, 2011). Marc can be accessed at marc.morell@uib.cat.

LUIS MANUEL GARCIA is a Lecturer in Ethnomusicology and Popular Music Studies at the University of Birmingham, with previous appointments at the Max Planck Institute for Human Development (Berlin) and the University of Groningen (Netherlands). His research focuses on urban electronic dance music scenes, with a particular focus on affect, intimacy, stranger-sociability, embodiment, sexuality, creative industries and musical migration. He is currently conducting a research project on ‘techno-tourism’ in Berlin while preparing a book manuscript, Together Somehow: Music, Affect, and Intimacy on the Dancefloor.

MONICA DEGEN is a cultural sociologist working at the Department of Social Sciences, Media and Communications at Brunel University. Drawing mainly on cultural and urban sociology, cultural geography and anthropological approaches, her work is concerned with the role the senses play in framing daily urban life: how do the senses structure and mediate our everyday experience in the city? And, how are sensory experiences being consciously produced and adapted to market and brand urban places? Her publications have examined how urban regeneration is implemented and works through the organisation of sensory experiences in Barcelona and Manchester; how people experience the centre of two very different mid-sized towns in the UK – Bedford, a market town, and Milton Keynes, a modernist town; and more recently, how architect’s visualisation practices and imaginations of places in Doha, Qatar, are being transformed through their use of computer generated images. In addition to numerous articles, she is the author of two monographs, Culture and agency: contemporary culture and urban change. Plymouth University Press, 2010 and Sensing cities: regenerating public life in Barcelona and Manchester. Routledge, 2008. She is the co-editor with Marisol García of La metaciudad: Barcelona: transformación de una metrópolis (The meta-city: Barcelona – transformation of a metropolis). Anthropos, 2008. She is the current recipient of a British Academy Mid-Career Fellowship, Timescapes of Urban Change, a research which develops the temporal aspects of her work in more detail.