Who is this for? Arts and humanities practice-based/led research PhD students and recent graduates who want to explore their career ambitions in academia and/or beyond.

Getting a job in academia is not always the motivating factor for doing a practice-based PhD. If higher education is not a desirable or possible career option for practice-based researchers, what other career trajectories are there out there? If university is your preferred place of work, how will you maintain your practice-research in an academic environment? These questions are particularly pertinent to students and graduates who are facing marginalisation from academic careers and lack of access to teaching and research opportunities. This event brings together practice-based PhD researchers to share goals, concerns and practical advice for continuing as a practice-researcher beyond the PhD.

The workshop will be structured in 2 parts: we will first hear from professionals who have finished their practice-research PhDs reflecting on their career trajectories and how their practices have shifted and changed following the PhD process. We will then facilitate smaller group discussions on your career goals, identifying the steps and support structures needed for you to get there. Students will leave with concrete action points to take forward.

Contributors to the workshop include:

Join us for a Show and Tell workshop co-hosted with Tate Research.

Melanie Jones and Jessie McLaughlin will discuss the role of creative writing and curating in their practice-based research.

Workshop participants should identify as practice-based/led researchers and be willing to participate in supportive discussion with our presenters.

Melanie Jones is a doing a PhD in creative writing at Birkbeck, her work: ‘UNFOUNDED FEAR: ANXIETY AND CREATION’ asks: Does the contemporary understanding of anxiety as a curable ‘disorder’ disregard the functions for the condition suggested by a range of historical theorists? Is anxiety a useful label in contemporary society and what are the problems associated with categorising and diagnosing mental states? Do the links between creativity and anxiety call for a more nuanced consideration of anxiety’s functions?

Jessie McLaughlin is doing a collaborative doctorate at Goldsmiths with the Tate on Queering Curatorial Learning Practice: Enhancing Access for Young and Diverse Audiences within the Art Museum. 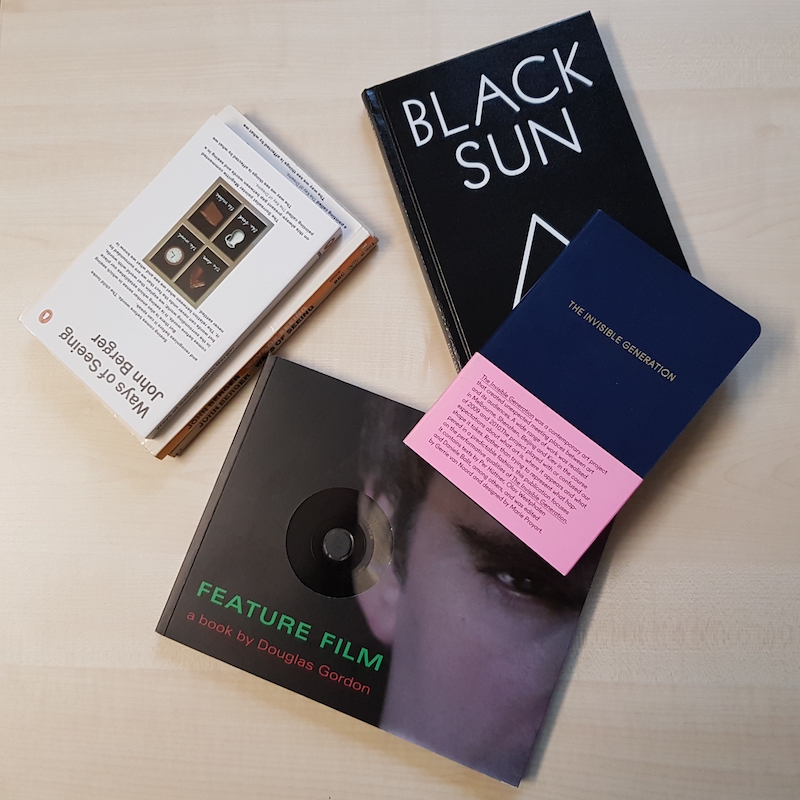 We will be joined by three presenters who will share their own experiences:

Dr Joanna Callaghan is a Senior Lecturer in Filmmaking at the University of Sussex. She completed a PhD by (practice research) publication in 2018, in which she presented her filmmaking research project Ontological Narratives, including her experimental feature film ‘Love in the Post: From Plato to Derrida’. She has worked as a director, producer, journalist and curator in film, television and radio in France, Australia and the UK. Her practice work has been shown in galleries and festivals internationally and she has been nominated for a number of awards  Since 2012 she has sat on the executive of the Media, Communication and Cultural Studies Association (MeCCSA) as Chair of Practice and since 2014 on the editorial board of the Journal of Media Practice. She is also co-founder of the Filmmaking Research Network.

Dr Lina Džuverović is a curator and Lecturer in Arts Policy and Management at Birkbeck’s Department of Film, Media and Cultural Studies. She will focus, in this workshop, on the negotiations between the practical outcomes which spontaneously emerged from her PhD research, despite her PhD not being practice-based, and the final stages of her thesis. She will show images of the practical elements and talk about the relationship between the show she curated and the thesis. Previously Lina was Artistic Director of Calvert 22 Foundation, founding Director of the London-based curatorial agency Electra, has held curatorial posts at ICA London and the Lux Centre and was Arts Council’s Decibel Curatorial Fellow in 2016. Prior to joining Birkbeck, Lina taught at the University of Reading and at IZK – Institute for Contemporary Art, TU Graz, Austria. Džuverović’s PhD (Royal College of Art/Tate), contributed research on Yugoslav pop towards Tate Modern’s exhibition The World Goes Pop (2015), among many other curatorial contributions.

Dr Jane Quinn was recently awarded her PhD at Birkbeck following four years of research work into the effects of digital technologies on war art and the imagery of conflict. The research was practice-based, built around Jane’s own past experience as an executive producer in television and involved three pieces of practice work produced during the course of her research: a television pitch to BBC/C4/Sky; the creating of a website and curation of an exhibition. These works were combined in the final research to show the multiple voices of the postmodern digital era, The project was described by the examiners as ‘a superb thesis’ and ‘a hugely ambitious piece of work’.

There will be plenty of time for questions and discussion with our speakers. After the workshop we will also have an End of Term Reception. Please join us!

For more information,  you can mail to a.inceonkal@bbk.ac.uk

Public Lecture on Podcasting Praxis: Questions of Research and Knowledge through Aural Mediation

13:15-17:00, This workshop is open to all practice-based/led students, MPhil /PhD students, supervisors and panelists across Birkbeck. If you would like to take part in this Training Workshop please send us an expression of interest in attending by 27th of May, 2019. Please email this text to Ayca Ince Onkal ( a.inceonkal@bbk.ac.uk) and Catherine Grant ( catherine.grant1@bbk.ac.uk).

Dario Llinares is Principal Lecturer in Contemporary Screen Media a t the University of Brighton, UK. His current  research focuses on the status and practice of cinema-going in the digital age, and on podcasting as practice-research method. He is co-editor of Podcasting: New Aural Cultures and Digital Media (Palgrave Macmillan, 2018) and co- founder  and co-host of the very popular and esteemed Cinematologists podcast.

As the academic year comes to a close, I’ve found some time to make a new Corkscrew website. This site is a place to flag-up our events, archive our previous programmes, showcase the practice-research profiles of Birkbeck staff and PhD students and alumni and share resources.

We had another great year of activities at Birkbeck, funded by the Birkbeck Graduate Research School, including two Show and tell workshops where Birkbeck practice-based PhD students presented their work in progress for feedback and discussion amongst peers. Students who shared their work were:  Jo Coleman (“Please identify yourself for the tape.”: Demystifying the interview process), Caroline Molloy (Re-imagined communities: understanding the visual habitus of transcultural photographs) in the Autumn term and Golnoosh Nourp (Representations of Iranian female sexuality in Iranian contemporary literature) and Selina Robertson (A curatorial investigation into the hidden histories and cultural memory of 1980s London’s lesbian feminist and queer film curatorial practices) in the Summer term.

Alongside this we ran a series of public Staff exchanges between a member of academic staff at Birkbeck who discussed their practice-research in conversation with an invited guest. These events asked ‘where’s the research and where’s the practice’ in specific examples of work presented by the speakers. In the Autumn term Dr Sophie Hope (Birkbeck) and Dr Anthony Schrag (Queen Margaret University) discussed their research as socially engaged practice embedded in the context of working environments and the challenges this brings. In the summer term Dr Julia Bell (Birkbeck) and Dr Honor Gavin (University of Manchester) discussed their creative writing as research (you can listen to the podcast of their conversation here). We also held 2 workshops for Birkbeck staff, one about developing portfolios for the REF with Prof Anne Boddington and one for supervisors of practice-based research students at Birkbeck facilitated by Dr. Becky Shaw.

A Doctoral Masterclass in January with Associate Professor Mia Lindgren from Monash University, Australia (organised by Jo Coleman). This Masterclass focused on practice-based research methods in journalism, primarily in radio and audio forms, but with relevance to other fields and formats through exploration of the relationship between the creative project and the exegesis.

In June we hosted  ‘Awkward Encounters: Consent in Practice-Research’ a peer-to-peer workshop facilitated by Sarah Jury and Hamish MacPherson for exchanging tactics, methods and concerns about negotiating consent in practice-research.