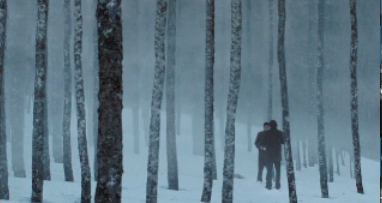 The book The Inoperative Community by Jean-Luc Nancy opens with this statement, which registers the exhaustion of thinking through History as one of the tragedies of our times.  I will approach this exhaustion in regard to a Spanish film that speaks of death and extinction while at the same time proposing, through the passion of its image, and in a certain politics of the afterlife that the film emits, a reflection on the political potentiality that is the recovered through a redemptive historicity. I refer to Biutiful, by Alejandro González Iñárritu (2010), which testifies, from the story of the agony of its protagonist, Uxbal, the presence of an essential in-certainty: life as a transition and, therefore, as a new beginning and/or as a non-finitude. The film proposes a historicity of experience erased by the exhaustion of history to which Nancy refers. Biutiful explodes, in the always continuous wandering of its protagonist through a desolated city, the historicity of its experience of life, death and the afterlife. Afterlife is powerfully associated in the film with the promise and permanence of that which has been lost, and therefore with the experience of remembering. Indeed, the film plays with the idea of a recovery, through a story that I will call autobiographical: the experience of history as afterlife and as event that accumulates death. My essay will be an intervention regarding the need of rethinking the politics of life, memory and inheritance through the facticity of death.

Cristina Moreiras-Menor received her Ph.D in Spanish Literature from the University of California, Davis. Between 1996-2002 she taught Spanish Peninsular literature at Yale University. Currently she is Professor of Iberian Literature and Culture and Women’s Studies at The University of Michigan (Ann Arbor) where she was the Chair of the Department of Romance Languages and Literatures for the last eight years and where she works in Galician and Spanish Literature, Spanish film, cultural theory, and psychoanalysis. She has published extensively on 19 and 20th century Spanish literature and film.  She is the author of Cultura herida: Literatura y cine en la España democrática (Libertarias, 2002), La estela del tiempo: historicidad e imagen en el cine español contemporáneo (Editorial Iberoamericana Vervuert,  2011), and  the editor of a monographic issue of the Journal of Spanish Cultural Studies entitled Critical interventions on Violence. With historian Miguel Ángel del Arco Blanco, she is the editor of Constelaciones, a new series of the Editorial Cómares dedicated to publish outstanding work on Peninsular Cultural studies. She is currently working on two books, one on Novo Cinema Galego with particular attention to documentary, and the second one on the political and aesthetic relation between landscape and historicity in the works of some renowned Spanish writers (Juan Goytisolo, Juan Benet, Federico Sanchez Ferlosio, among others).

Find us on the map