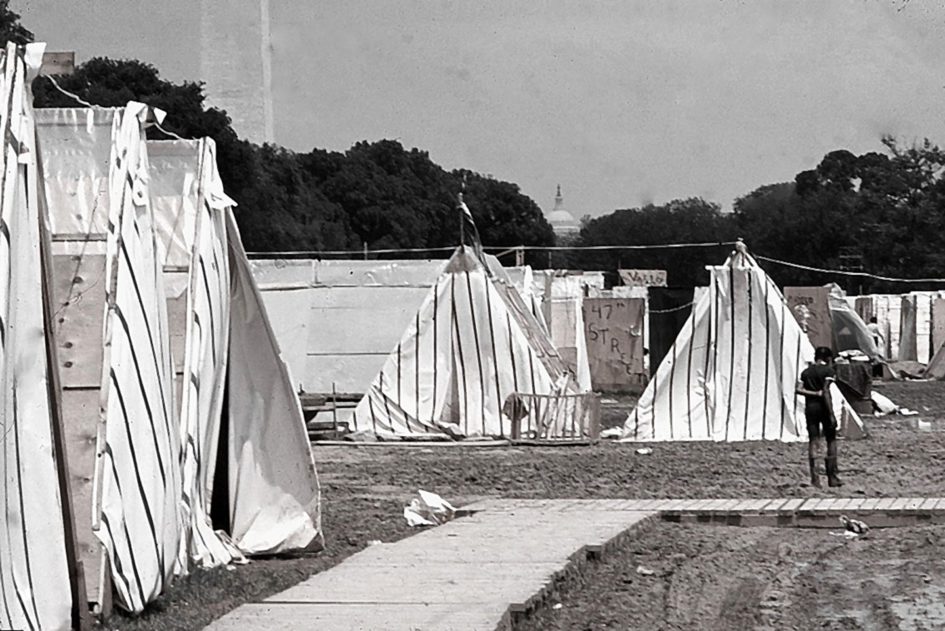 View of U.S. Capitol amid the tents of Resurrection City, May 1968. Photo by Henry Zbyszynski, courtesy of Wikimedia Commons.

Following the CHASE workshop “On the Social in Architecture” with PhD students, social housing residents and housing activists, Mabel Wilson will give a talk open to the public.

Mabel O. Wilson is a Professor of Architecture, a co-director of Global Africa Lab and the Associate Director of the Institute for Research in African American Studies at Columbia University. She has authored Begin with the Past: Building the National Museum of African American History and Culture (2016) and Negro Building: African Americans in the World of Fairs and Museums (2012). She is a member of the design team for the Memorial to Enslaved African American Laborers at the University of Virginia. She was recently one of twelve curators contributing to MoMA’s current exhibition “Frank Lloyd Wright at 150: Unpacking the Architecture.” She’s a founding member of Who Builds Your Architecture? (WBYA?) a collective that advocates for fair labor practices on building sites worldwide and whose work was most recently shown in a solo show at the Art Institute of Chicago.